When I put Briarwylde together, I was super excited. I was going to update regularly and write interesting things and do new stuff so I could share it with the world.

And now it’s been, what, a month without a post? Le sigh, as they say.

There’s been a lot going on in the past month, some good and some frustrating as hell. My friend Amanda came for a visit, and it was really great to see her and show her around Oregon. That was good. We had a lot of fun, and she found some awesome places for us to visit. It made me realize that I’m a terrible homebody who needs to hunt for neat stuff more. 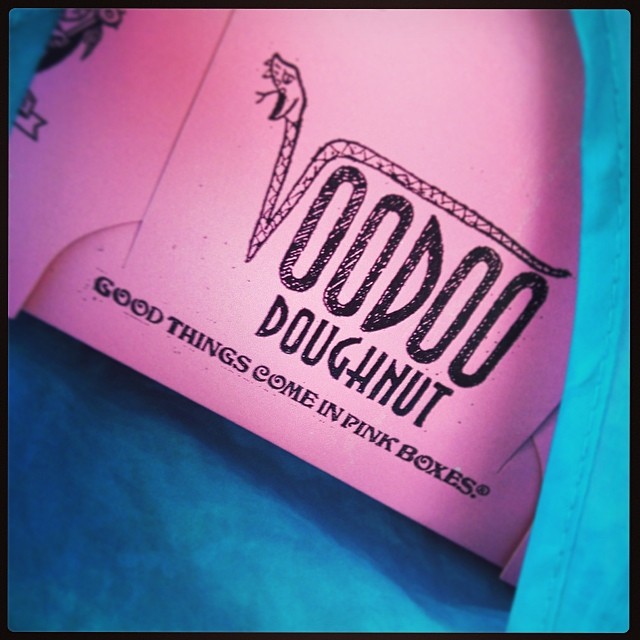 I already knew about Voodoo Donuts, but how could I pass up  VOODOO DONUTS?

I started taking Clomid, and the first round didn’t do the trick. That’s not good, or rather it’s frustrating. I’m taking round 2 right now, so let’s all cross our fingers for this month. Aside from not getting pregnant, the biggest problem I’m having with Clomid right now is that it’s turned me into a total emotional wreck. Everything makes me cry. Everything. Last night I cried because I had an attack of low self esteem and started thinking that my writing is terrible. Today, I’m crying because I’m brainstorming dialogue in which my characters are arguing. I’m also crying because I’ve suddenly written myself into a corner with that argument, and how do I get my babies out of this?!

I just generally feel like I’m losing my mind, and I know it’s a side effect of the medication, but god. It’ll be awesome when a post about puppies doesn’t make me burst into tears.

And then there are the Clomid-induced rage episodes…

I stopped taking the antidepressant I’d been on for anxiety disorder, which is a good thing in the end. I’ve been feeling like I don’t need the chemical boost anymore for the last couple of months, and I’ve learned and implemented some really good coping strategies when anxiety strikes. So my GP and I agreed to taper off, and… well, it wasn’t as bad as I expected it to be.

I was taking venlafaxine ER, more widely known as Effexor, and if you google “effexor withdrawal,” you will read some of the worst horror stories imaginable. One of my anxiety habits is to obsessively look up side effects for medications that I’m taking, and I’ve had to really nip that habit in the bud. I did have withdrawal symptoms, but they weren’t nightmarish like other people have had. I was dizzy and felt drunk most of the time and did have some minor problems with brain shocks (if you’ve never felt these, it’s really hard to describe the sensation. It’s a strange, shocky feeling at the back of your eyes, and they happened most often for me when I would move my eyes too quickly.)

I’d feel great if it weren’t for the hormonal basketcase syndrome going on right now.

So I’m making lists to help me keep my brain in order. I’m planning things to do this week so I don’t sit around and cry over puppies all the time. I planning out blog posts and a schedule and all of that stuff.

But I might just go have a cheeseburger for lunch first. 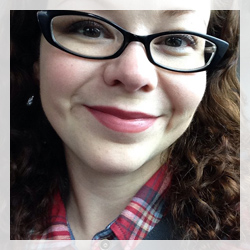 Hi! I'm Pamela! I make jewelry, write fiction, and blog about all kinds of things. More about me.